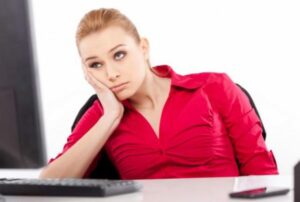 Not all tasks/projects of the day are inspiring, fun or exciting especially for a woman with ADHD. However, we know that those dishes must be washed, laundry must be done and the car taken for a tune up.  So, what can you do not to get lost in procrastination? How can you get going with those tasks you don’t feel like doing and to get it done?  Here are a few tips on how to get motivated and finding more pleasure in what may seem to be boring tasks/project.

Think of Way You Are Doing The Task and How Good It Will Feel to Get the Job done- Instead of focusing your mind on how boring the task will be, focus your thoughts on why you are doing it and how good it will feel when you are done with it. If it is needed, sit down for a few minutes, close your eyes and think about how good it will be when you are there, and you are doing the task. Then go to work with that motivation and positive feelings in your body.

Don’t Think Too Much- The more you think about how boring the task is, the more boring it will appear in your mind and it will become harder to get it started instead. So, try to think little about it, and just decide to start doing it and do it right away

Use a Body Double – In a movie a body double is someone who substitutes a scene for another action so that persons face is not shown. On the hand, in the ADHD world a body double is a someone (it can be a friend or spouse) who sits with the individual with ADHD as he/she attempts a task that may be difficult to finish by themselves.

Break It into Chunks – Many boring tasks can be so unpromising when they seem so big. So, break down the tasks into smaller chunks, and focus on the finishing the chunks one at a time, rather than attempting to do the whole task at once. One by one, baby steps will lead to giant leaps.

Eat Your Dessert First – While it may sound like a good idea to save your dessert for last but leaving the fun task for later may not be as productive as it sounds. The ADHD brain needs to be fully engaged and focused in order to get a task done, and the best way that this can be done is by engaging our minds on tasks that we like to do best.  When doing the interesting stuff first it wakes up the brain and it gets ready for the other tasks. Be on our guard not getting too focused on the fun stuff, the plan is to get your brain switched on, and not zoned out.

Reward Yourself – When you are done with your task, do something that you like doing to reward yourself. Maybe it is going to the beach for the day, going to a movie that you really want to see or buy the book you have been dying to read. This habit can make it easier for you to get started and keep going each day, because you know that you can not only look forward to the task being done but knowing your reward after you are finished.